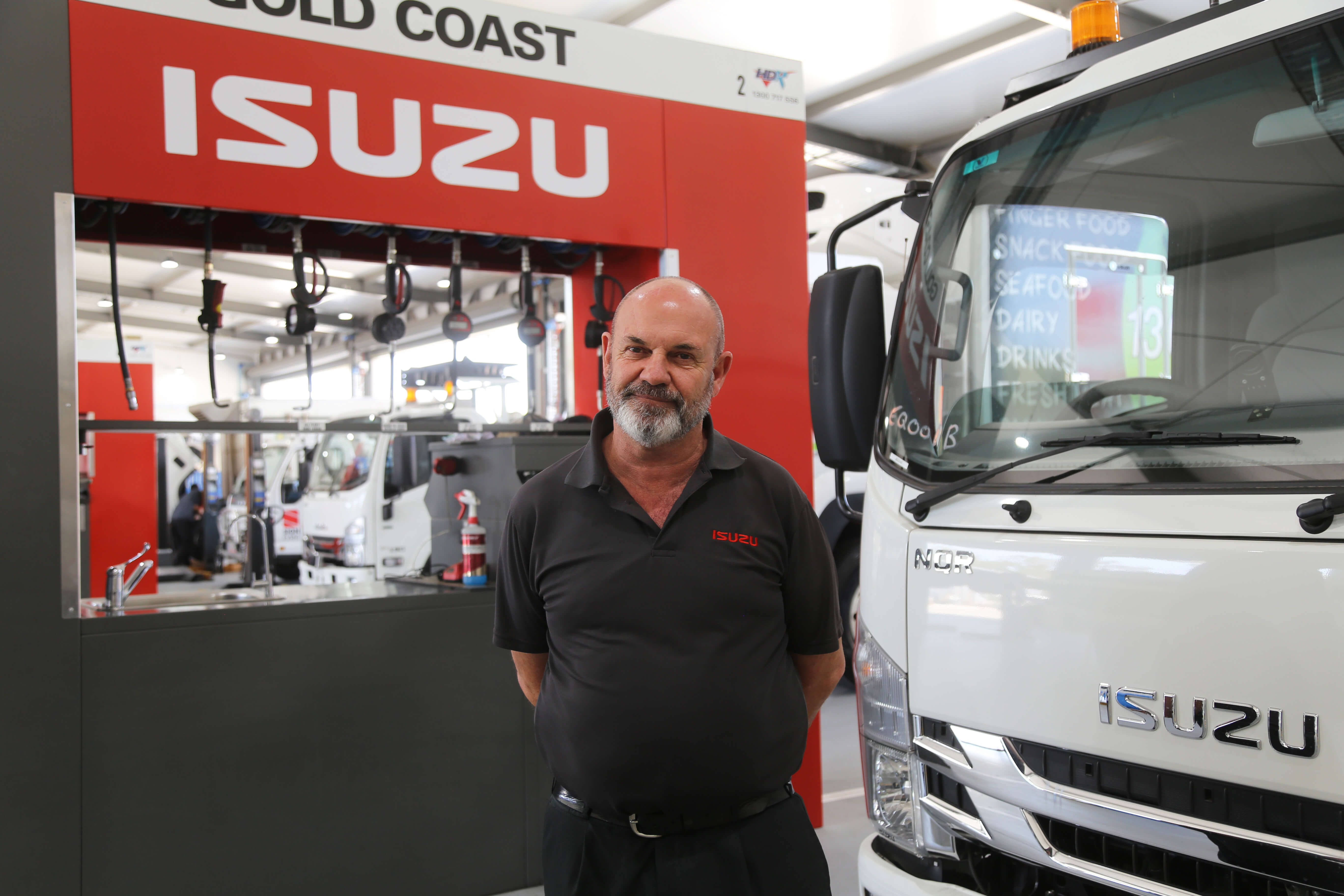 A career of service: Greg's 40 years in automotive

Greg Robbins has been in the automotive industry for over 40 years, having started his apprenticeship at 17. After relocating to the Gold Coast in 1997, he reached out to a man named James Frizelle about a job in our first Isuzu franchise. Twenty-five years down the track he's still with the group, with a string of achievements and a headful of rewarding memories. As Greg edges closer to retirement, he's reflecting on what really matters in a career spanning four decades: the people he's supported and the relationships he's fostered.

"The most satisfying part of my career has not been about the automotive or technical side of things; it's about the relationships. I've supported three generations of a family to build their business - people who started out with one truck and now have 20. I remember when one customer's son was born; he's now driving trucks. I've seen my own team achieve things I could never have imagined."

A shaky start to a lasting career

Greg was a teenager when he started his Diesel Mechanic Apprenticeship in his hometown of Bendigo.

"I originally wanted to be a builder, but missed out on that apprenticeship. My parents owned a plant nursery so I could have gone down that path too. I wasn't particularly interested in cars, but I'd always enjoyed fixing up motorbikes so was happy enough with the apprenticeship I got."

Little did Greg know that his new supervisor had earned quite a reputation for being difficult.

"My first employer was a brilliant but eccentric engineer; he was definitely not a 'people person'. A local man told Mum and Dad, 'Don't hold it against your son if he doesn't make it through his apprenticeship - no one has yet!' Luckily, the company changed hands when I was 12 months in. I don't think I would have made it otherwise."

"The guy who took over was a real mentor to me; a fantastic guy. He owned a diesel fuel injection business, which was a highly specialised area. I had access to world-class equipment - his test bench was worth $65,000, which was the average price of a house at the time."

Over the next 15 years, Greg built his career in Bendigo, working as a Mechanic, Service Advisor and Assistant Service Manager with Holden and Isuzu. When Greg married his Queensland-born wife, the pair relocated to the sunny state and Greg went about seeking a job with Isuzu.

"I'd worked with specialty Isuzu in Bendigo and loved the brand. I was actively trying to get in with a Gold Coast Isuzu dealership but there wasn't one yet. I had contacts in Melbourne who told me Frizelle had been given the franchise, so I went to see them straight away. It hadn't even been advertised yet! They must have been impressed and said, 'Well you'd better have the job then!'"

A business with vision

What started off as Greg's passion for Isuzu quickly translated into a passion for his new employer.

"Frizelle Sunshine Automotive is unique and it's been very exciting to be part of their growth over the past 25 years. It's hard to describe, but there is something special about this place; I think a large part is our roots as a family business. James Frizelle has stepped back a bit in recent years, but I have worked closely with him and there's no doubt he's a major reason why I've stayed all these years."

"James is a visionary, he really is. To see his passion for the industry and what he's managed to do here; well, it's impressive. He's always been able to look beyond the day to day of what's happening in the economy and make decisions that will take us forward into the future. He really commits to big changes and I admire that."

One such big change that Greg was involved in was the opening of our Arundel Isuzu dealership in 2017.

"Being involved in getting Arundel off the ground has been a highlight of my career. It's a state-of-the-art facility held in very high esteem throughout Australia's entire Isuzu network. There's an 18-bay workshop, showroom and spare parts centre. It was a serious multi-million dollar investment and I've really enjoyed being a part of it."

Faith in the future

Greg tells us that he's recently celebrated a birthday with a zero on the end, and will have retired before his next zero birthday. As he looks to wind up his career, Greg feels confident about the state of the industry and the business that's given him so much.

"Frizelle Sunshine Automotive's reputation means we attract high quality young people. A lot of youngsters cop a reputation as lazy and entitled, but my experience has been the exact opposite. We've got these four apprentices at the moment who epitomise everything you would hope to see in this industry moving forward. They're proud of what they do, they're committed and they've got a fabulous work ethic."

"The technical expertise of my team is beyond anything I've ever seen. One of our team members, Richard, represented Australia in the Isuzu International Skills competition in 2016 and achieved second place. Now he's on his way to becoming one of Isuzu's first master technicians. Another of our guys, Luke, narrowly missed out on qualifying last year but will be back to give it another crack this year."

"Knowing we have people of that calibre coming through the ranks really inspires me and gives me faith in the future of the business and the industry."

If you would like to be a part of our team, click here to see our current job opportunities.