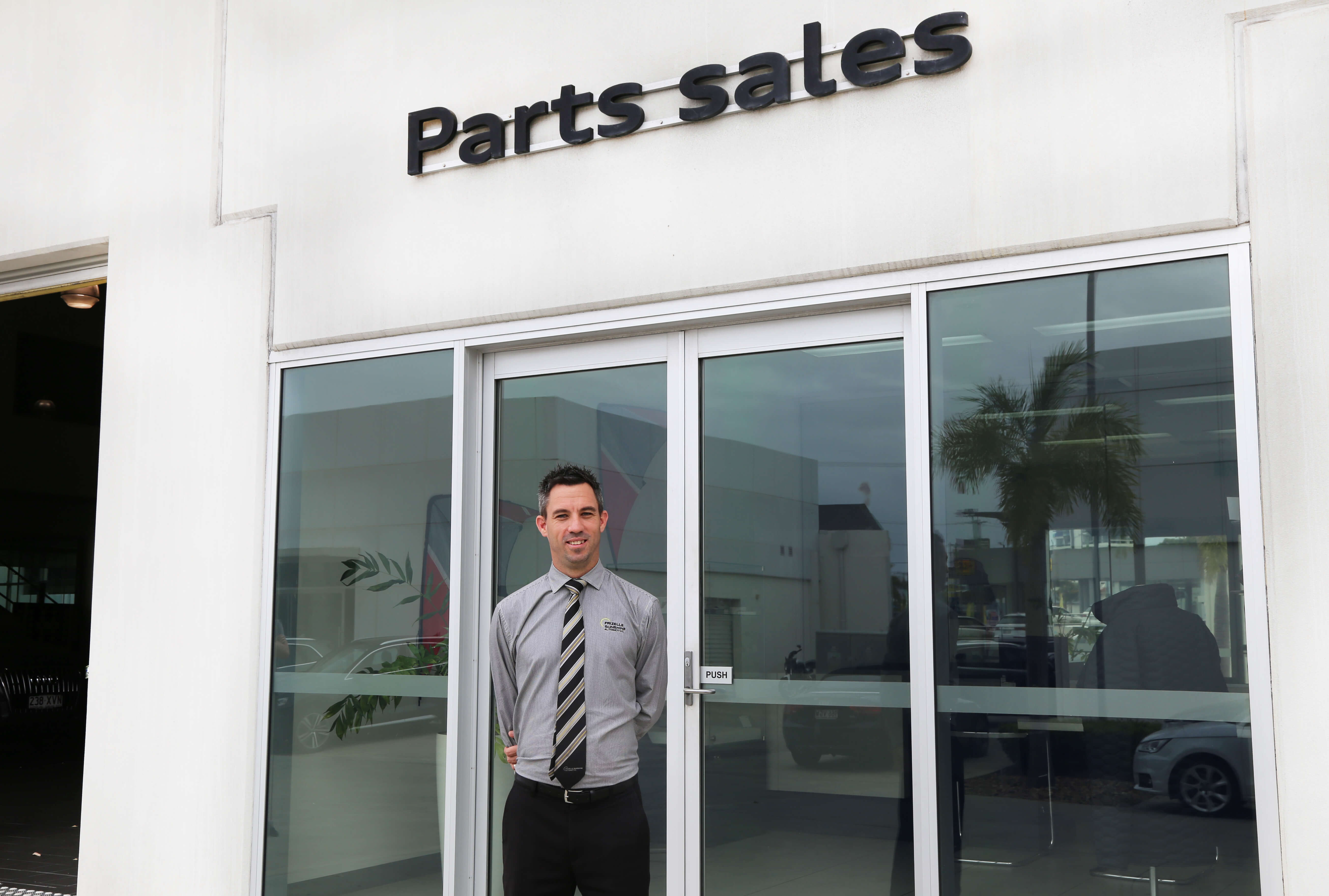 Daniel Spark has come a long way since he walked through our doors as an 18 year old trainee in 1999. In the two decades since, he's tried his hand at many roles across a number of locations, and now leads the Southport Parts team. Dan's grown up with us, and has made life-long friends along the way. He even met his wife at work, and the couple now have two beautiful kids. It's been a rewarding journey, and we're grateful Dan took some time out to share it with us.

Born in Melbourne, Dan moved to the Gold Coast with his parents, twin and younger brother when he was seven. After finishing high school, he applied for an apprenticeship with us.

"I didn't know what I wanted to do after high school, but my brother and I always enjoyed tinkering with cars so I applied for a mechanic apprenticeship. I missed out on that one, but they said I presented well and offered me a parts traineeship instead."

Dan admits it took him a while to hit his straps as a young trainee.

"My boss probably wanted to sack me a few times! I was 18 and didn't have much in the way of initiative. I wasn't overly proactive in finding work to do; once I'd done a task, I'd ask him, 'what's next?' I'm sure I frustrated him at times, but I'm grateful he didn't give up on me."

"When I finished my traineeship and moved to Southport, I found my rhythm. I started working in parts interpreting, on the back counter, serving mechanics across all the branches. I really enjoyed that and did it for about eight years."

It was here that Dan started to develop his resilience and come out of his shell.

"I am a people person, but a quieter sort of people person. I was pretty shy back in the day. But when you've got mechanics giving you grief, you learn to speak up and defend yourself a bit! It was a great job; I met plenty of good people and built up my knowledge a lot."

From there, Dan spent six years as assistant manager to Martin Mooney at Southport. Dan says Martin passed on a lot of knowledge and expertise, which was invaluable to his professional growth and development. When our Robina branch opened in 2013, Dan moved over to run the parts departments at Mazda, Hyundai and Volkswagen.

It was around this time that one of the newest service advisors caught Dan's eye.

"I met my wife while working at Robina - it took me a couple of months to pluck up the courage to ask her out! Good thing I did because it worked out alright - we've got two kids now; our son is four and our daughter is two."

When asked about the best part of his job, Dan is quick to answer.

"Working with my team is easily the best part of my job - they're a great bunch of people. I've got a really stable team, which helps a lot. Six people in my team have been here for over five years, and I've known some of the mechanics since they were apprentices. We've grown up together; seen each other get married, have kids."

He says it's been rewarding to see his team progress over the years.

"One of my guys has really come into his own over the years. When he started, he said, 'I just want a job; any job'. He worked in the warehouse for two or three years, then let me know he was interested in moving into a parts interpreter role - that's the back counter role that I used to do. When that position came up, I offered it to him. He's come a long way - these days, he's one of my key go-to guys. It's satisfying to see."

Two decades down to track

Dan says it certainly doesn't feel like 19 years since he started his career.

"I've been tapped on the shoulder for different roles here over the years, which has always kept things interesting. Prior to starting as Parts Branch Manager, I was floating between five Frizelle locations, from Lismore to Springwood, supporting the parts teams where needed. I loved that role; it was flexible, had lots of variety, and I got to meet so many people across the group I would never have otherwise met."

While Dan and his wife adjust to life with two kids under four, he feels blessed with how things have panned out.

"Frizelles have really looked after me; I've had a lot of opportunities. They've taken an active interest in my career and helped me grow. There haven't been many times over 19 years when I've gone home and said, 'Do I want to be doing this?' 95% of the time I love it; it's a great place to work."

"Becoming a father has been another major achievement in my life. The kids make me laugh - some of the stuff they come up with is hilarious. They're only little now but you do think about who they'll become. I want them to know that they can achieve anything if they put their mind to it. And I want them to enjoy every opportunity, as you never know what's around the corner."